Smoque (smōk) BBQ is a neighborhood kind of place that cooks up BBQ good enough to make it a true destination. It was created by five regular guys who happen to be passionate about food in general and BBQ in particular.

We believe barbecue is at its best when all of its powerful flavors combine and harmonize. The rich, natural flavors of the meat. The savory flavor of hardwood smoke. The spiciness of the rub. The sweetness or pungency of the sauce. When these elements are in balance, you have found BBQ heaven.

We’ve worked hard to match the right cut of meat with the right rub, wood smoke, sauce, and cooking technique. Our proprietary sauces and rubs are lovingly crafted from scratch in our own kitchen. Same goes for our sides. It’s a bit more work to do it this way, but we believe the results are well worth it.

Since opening in Chicago’s Old Irving Park neighborhood in late 2006, Smoque has garnered a large and loyal following of BBQ devotees from all over Chicagoland and around the country. We have also attracted interest and praise from local and national media outlets, won many awards, and been consistently ranked among Chicago’s best restaurants and the nation’s best BBQ spots. Whether dining in or taking out at our original Northwest side location, our Loop location in the Revival Food Hall, or using our catering services, we invite you to stop by soon to see why. 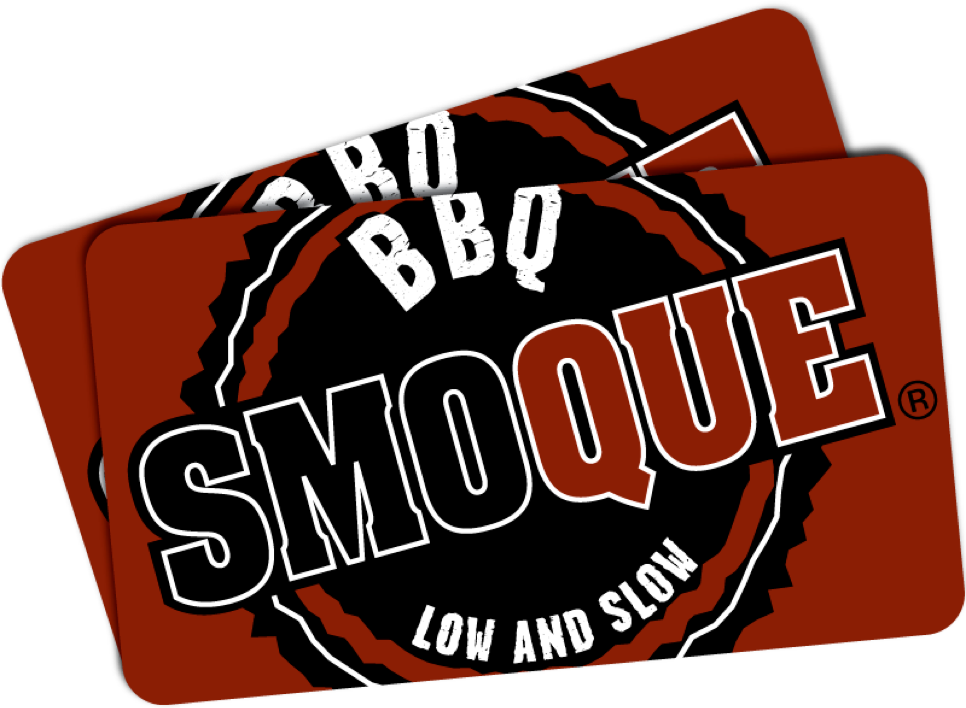 You can’t go wrong with a gift card, especially one that nets you some great BBQ.
(only valid at our Pulaski location)